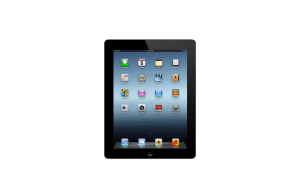 There are several sizes and models of Apple iPad, and all of them have significant value, because they’re well-made, highly capable mini-computers from one of the most respected manufacturers in the world. If you own one of these and you’re experiencing times of financial difficulty, you may be able to generate some or all of the cash you need to get you past the rough period, because you can pawn your Apple iPad in Mesa, Arizona at our friendly pawn shop store.

Here everyone is treated with the kind of respect and courtesy that loyal customers are entitled to, and we like to think that the service we provide is a commodity that sets us apart from our pawn shop competitors. When you bring your Apple iPad into our pawn shop store, it will be appraised for its current market value, and for completeness, which means you should bring along all the paperwork and the original box it was packaged in, when you bought it in the first place. When our expert in-house appraiser has evaluated your Apple iPad, you will be given the highest possible cash payout, according to the real market value of your iPad.

What’s also important in this situation is that if it has carrier capability (it can work off of Wi-Fi) that you bring proof of purchase documents in as well.  There’s many situations where an iPad is being financed that we’re simply unable to accept.  This is a rare circumstance, however, so don’t worry too much.  The second piece of the puzzle is the removal of your iCloud account.  Ensure that you know the password to the iPad when you bring it in and are able to sign out of it.  We require this to be done before we can take it in for pawn.

We Have Different Options For You to Get Cash

If you would like to sell the machine to us, you will have that option, and you can simply walk away with the cash, having no further obligation to us. If you prefer to resume ownership of your Apple iPad following the term of your pawn loan agreement with us, we can write up a contract that specifies these conditions, so you can have the money now, and your iPad later, after completing the agreement. These kinds of pawn loan agreements are written up for periods of three months, and for each of those months, you would have to pay a principle amount, as well as an interest amount as part of your monthly installment payment. If you are unable to make a full payment during any of the months during the term, you could keep your loan agreement active simply by paying on the interest portion of the installment, while deferring the principal portion to a later date.

When all interest and principal associated with the loan agreement has been fully paid, you would take ownership of your Apple iPad again. If you happen not to live in one of the nearby communities such as Phoenix, Scottsdale, Apache Junction, Gilbert, Tempe, or Chandler, you can call one of our friendly representatives at the store to get an estimate of the value of your Apple iPad, and then when you make the drive into our store, we can give you a firm figure of its value, so you can make a decision on how you would like to conduct the transaction.

We would also like to encourage you to bring along any other Apple electronic devices you may be in possession of, and really all electronic devices that you may not have use for anymore, which you would like to either sell to us at our store, or to pawn for the immediate cash, for later redemption.

Appraising Your iPad: How to Get the Most Cash

When we’re Pawning iPads we follow the same process as most pawn shops, but I’ll show you where we differentiate ourselves.  We look at the used market selling price over the last six yeaars and pay a high percentage on this value.  What makes us the lead pawn shop in Mesa is our absurdly high percentage.  When you pawn your electronics with us, you can rest assured that we’re paying the highest price on your loans.  On top of this, your payoff rate is also the lowest you’ll find in Mesa meaning that to get your iPad back you won’t have to pay that much interest.